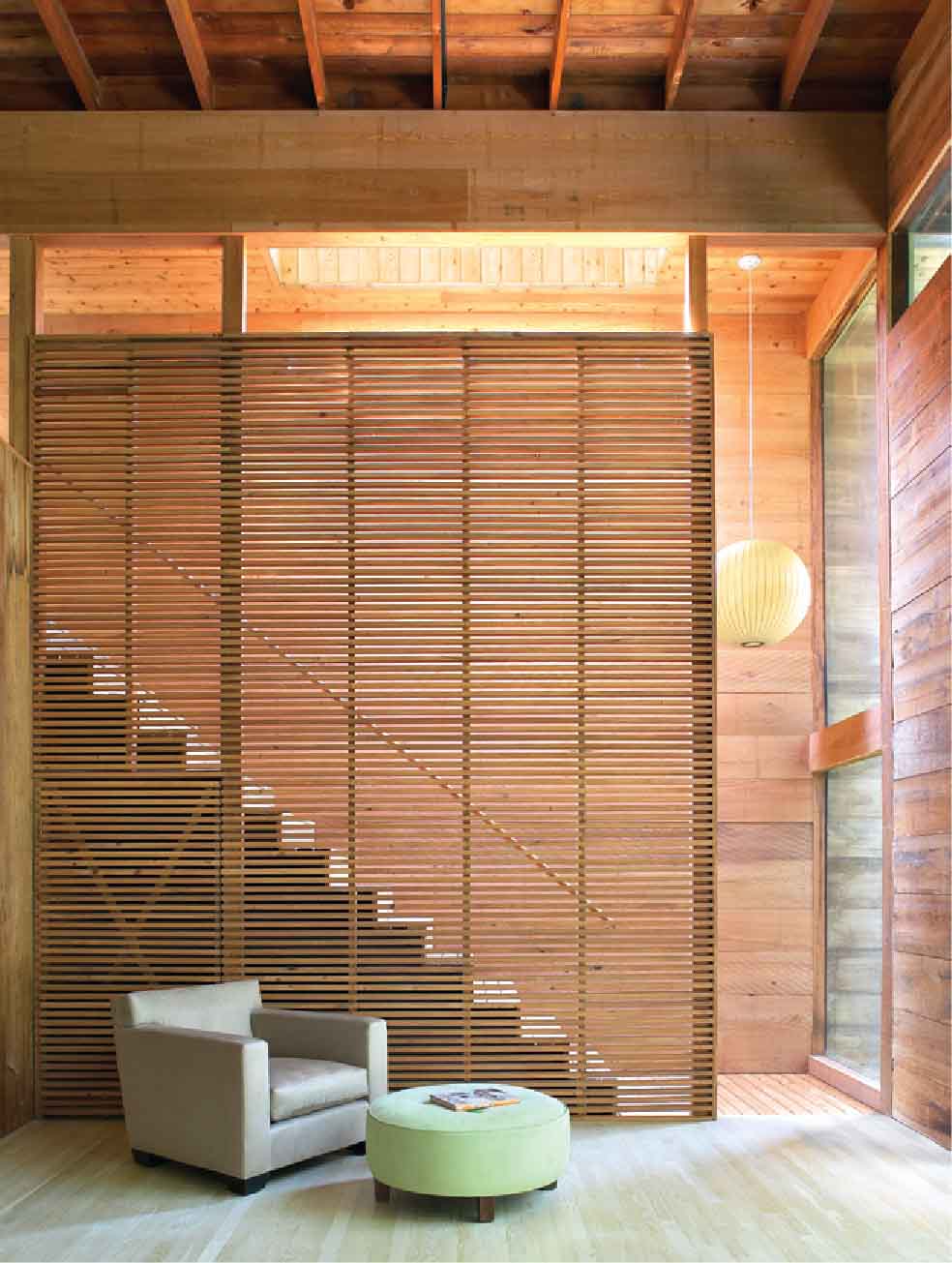 In 1967, budding architect Harry Bates designed a Long Island beach house on a small budget for a young family. The unique box-shaped structure was clad inside and out almost entirely with cypress, which Bates then identified as “an ideal material because it was readily available and moderately priced in its rough cut form. In 2008, when the current owners decided to renovate the former vacation house into a 1,400 square-foot home, they hired Bates and his colleague Paul Masi, of Bates Masi + Architects, to preserve the home’s original wood-box character as well as its distinctive exterior tone sand textures. They did so by reconstituting its old cypress wood and mixing it with new.

For instance, portions of exterior siding removed for a small addition were remade into a new interior stair screen. “After carefully stripping and cutting each piece of siding, the wood bears precisely the same patina as the other surfaces in the house,” noted Masi. The team used new cypress on the home’s interior walls, ceiling, and bathroom cabinetry, as well as its exterior siding, screens, deck gates, and railings. The exterior applications weathered quickly to match the existing siding.

Character is usually hard to maintain in renovation projects, but the use and reuse of cypress provides uniformity inside and out,” Bates explained.

Masi also was impressed with how seamlessly the different-aged woods blended together. “By using new and reused cypress, the line between old and new became nearly imperceptible. As time passes, the patina that naturally accrues will continue to refine the delicacy of these inflections,” he said. The transition is going just as well within the home. “Inside, the cypress has a beautiful color and grain. It will retain its golden color and deepen with age,” Bates said. Working with a restricted budget, the owners opted to adhere to the principals of green building, but not to apply for costly certification. Original red oak floors are featured throughout, except in the kitchen and bathrooms, where local sandstone was used. In addition, natural daylight floods the house from strategically placed windows that feature Low-E double glazing. All electric appliances are EnergyStar-rated. “We didn’t use paint or stain anywhere in the house, noted Masi. The only major change the architects made to the house was pushing the south-facing wall out five feet to create a 250-square foot addition that accommodates a new bathroom and staircase.

An incredibly durable and versatile wood, cypress is equally suited for interior and exterior applications. A naturally occurring preservative known as cypressene helps protect it from insects, decay, chemical corrosion, and other damaging elements. Cypress also is exceptionally stable, which enables it to readily accept most paints and stains, and makes it resistant to splitting and warping.

To learn more about the versatility, beauty, and durability of cypress, visit www.cypressinfo.org, a service of the Southern Cypress Manufacturers Association. 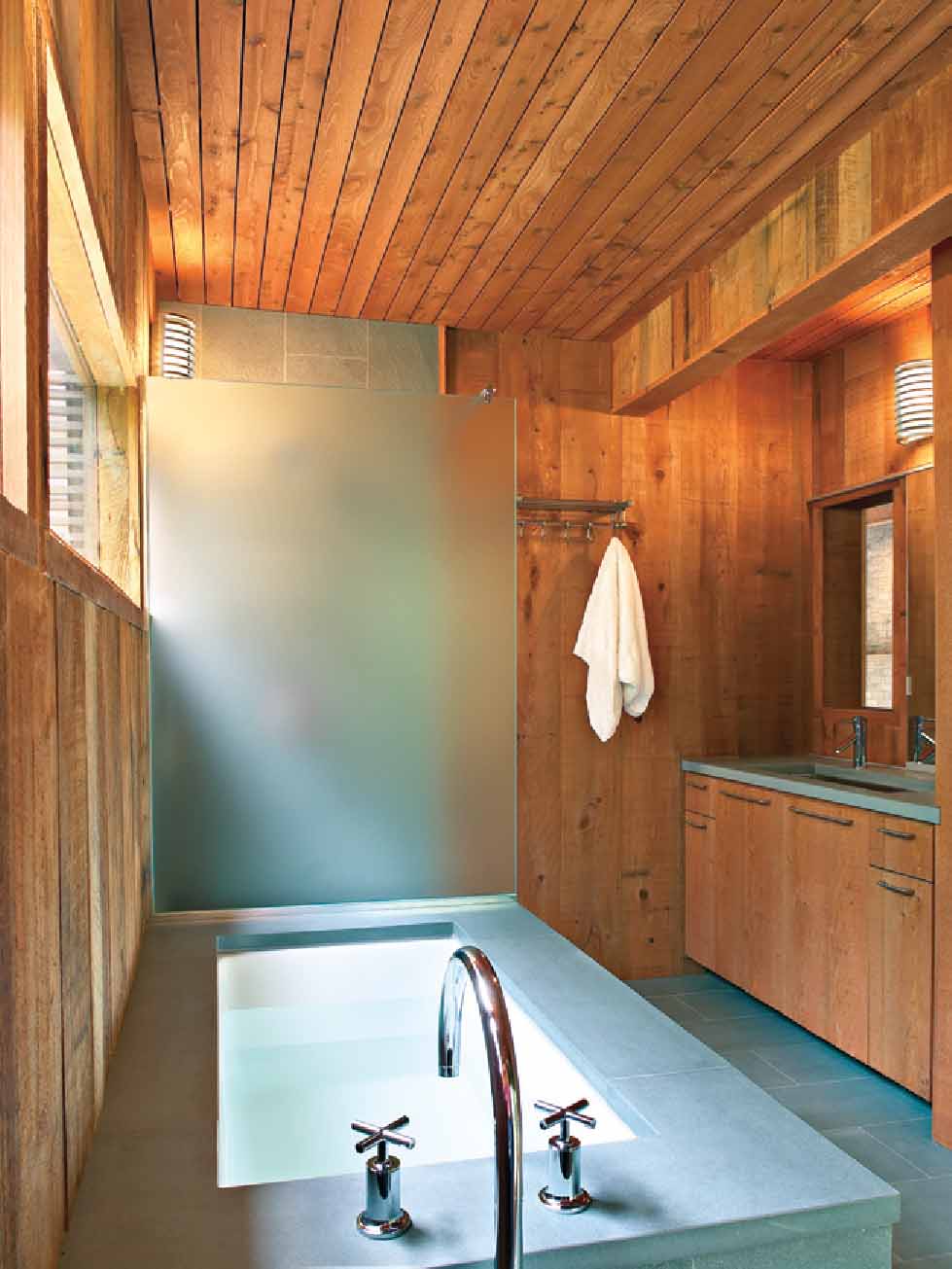